Some Beehives For The Bees

A few posts ago I mentioned something about a two-day sustainability conference at Saint Ambrose University.  It went something like this.

To stack the odds in my favor, I enlisted the help of Caleb Lucas.

That morning, we spent several hours loading a moving truck with a goodly portion of the sticks I had amassed for a different project the year prior. 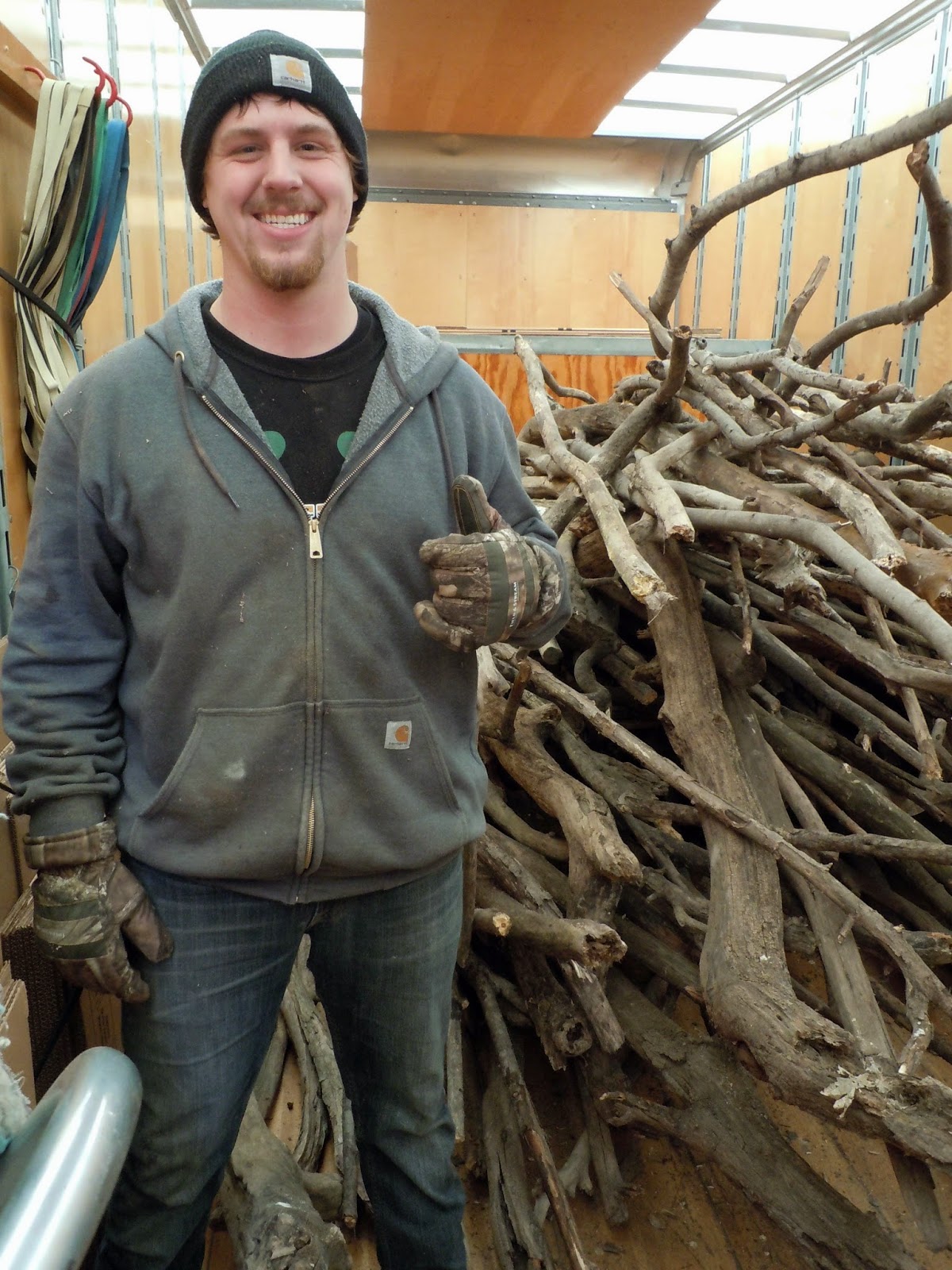 Here's a few images of Caleb's Kick-Ass mixed media skeleton he made in life drawing class at Black Hawk College.  Do not attempt this at home, Caleb is a trained professional. 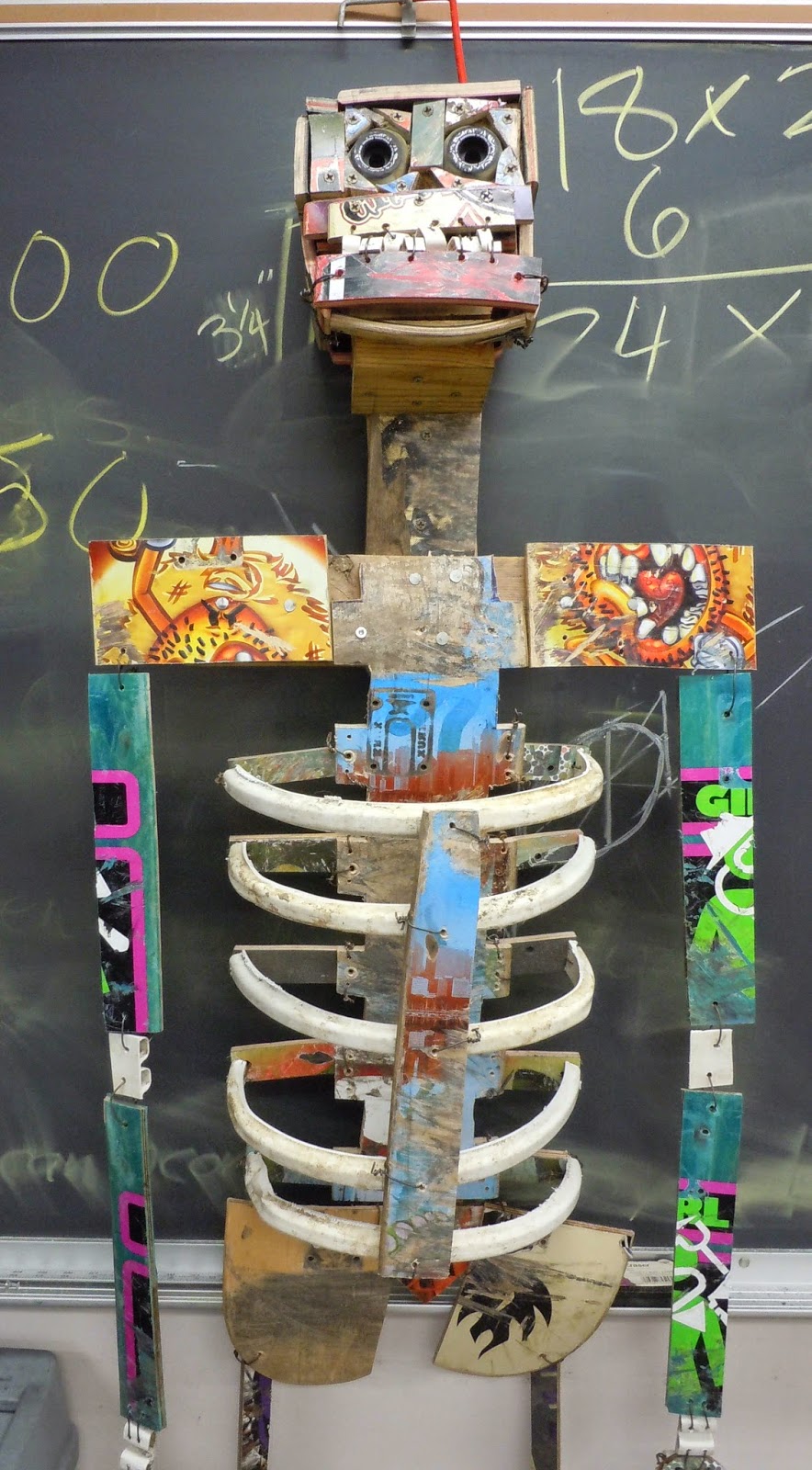 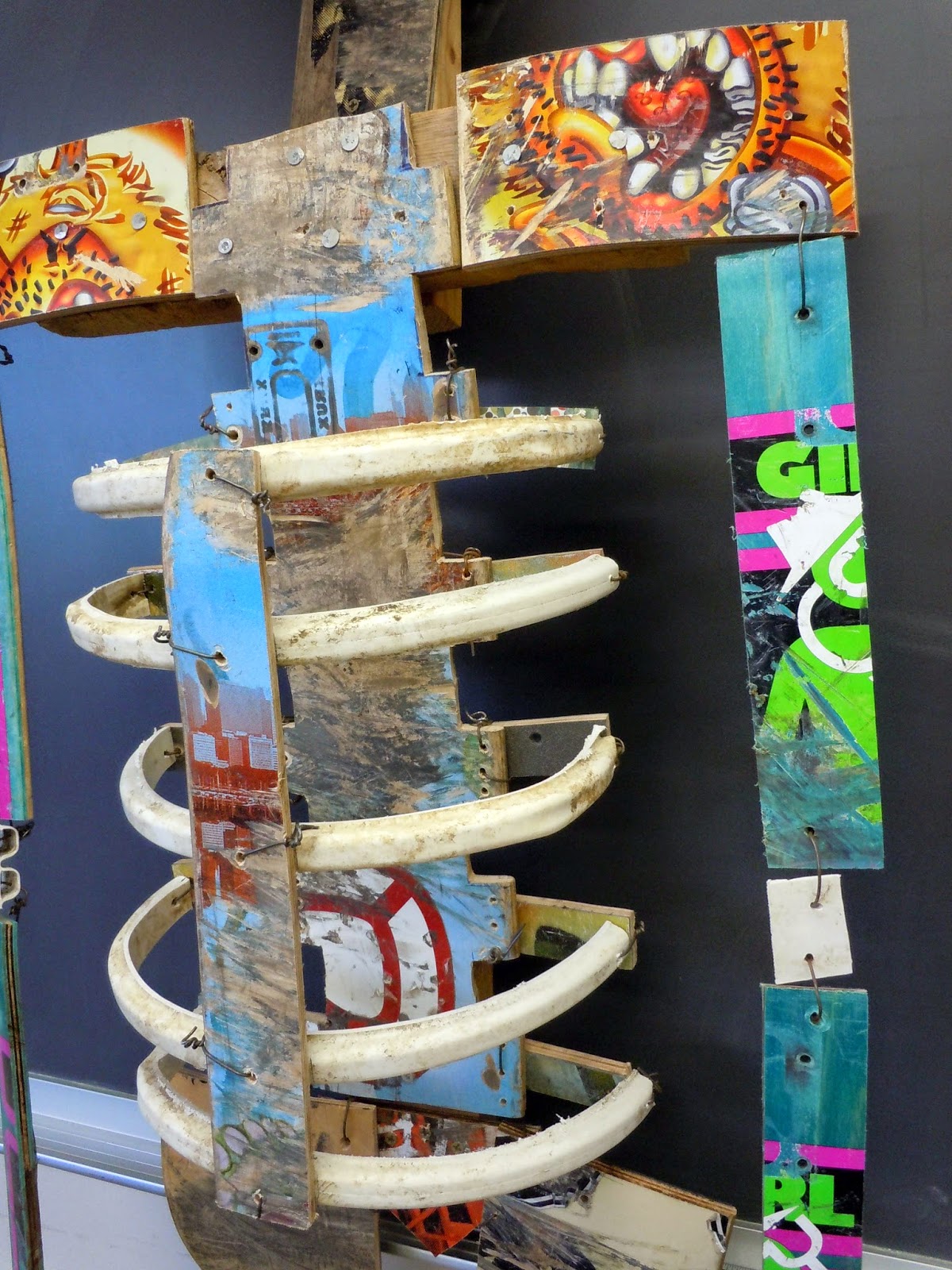 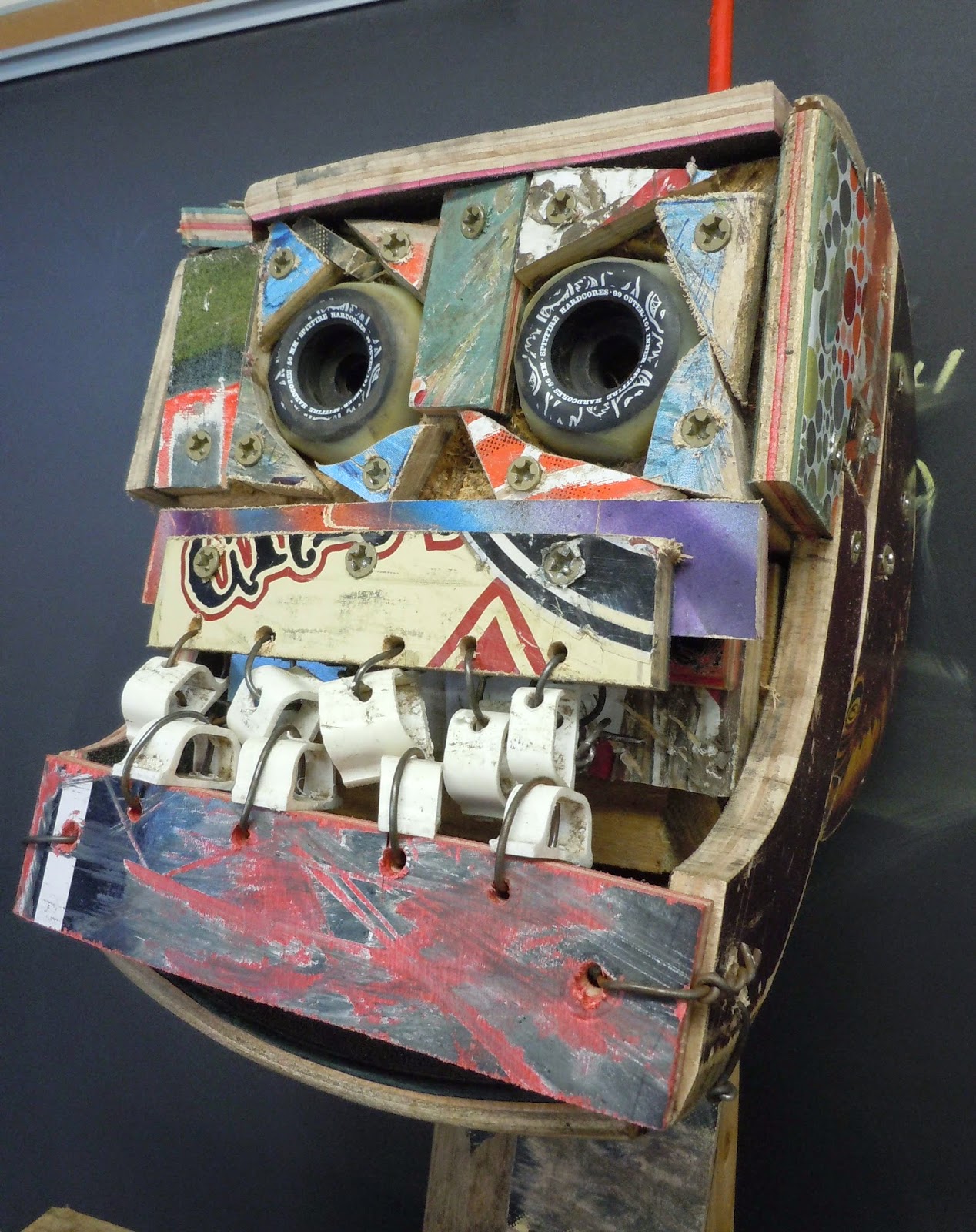 It kinda reminds me of something Jean-Michel Basquiat could have made if he made skeletons out of old skateboards. 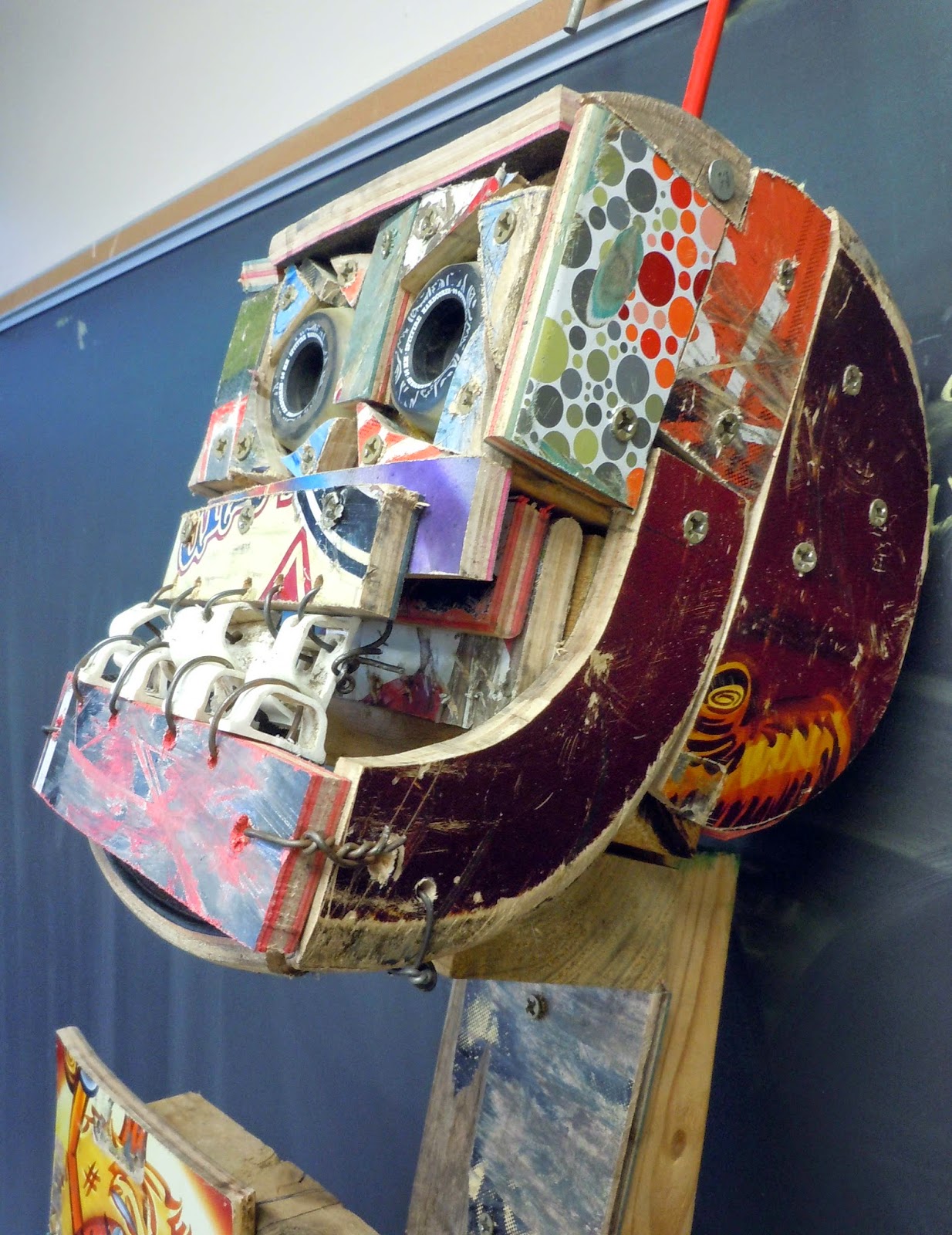 Their chipper smiles hide the fact that it was drizzling and in the lower 40s on this day. 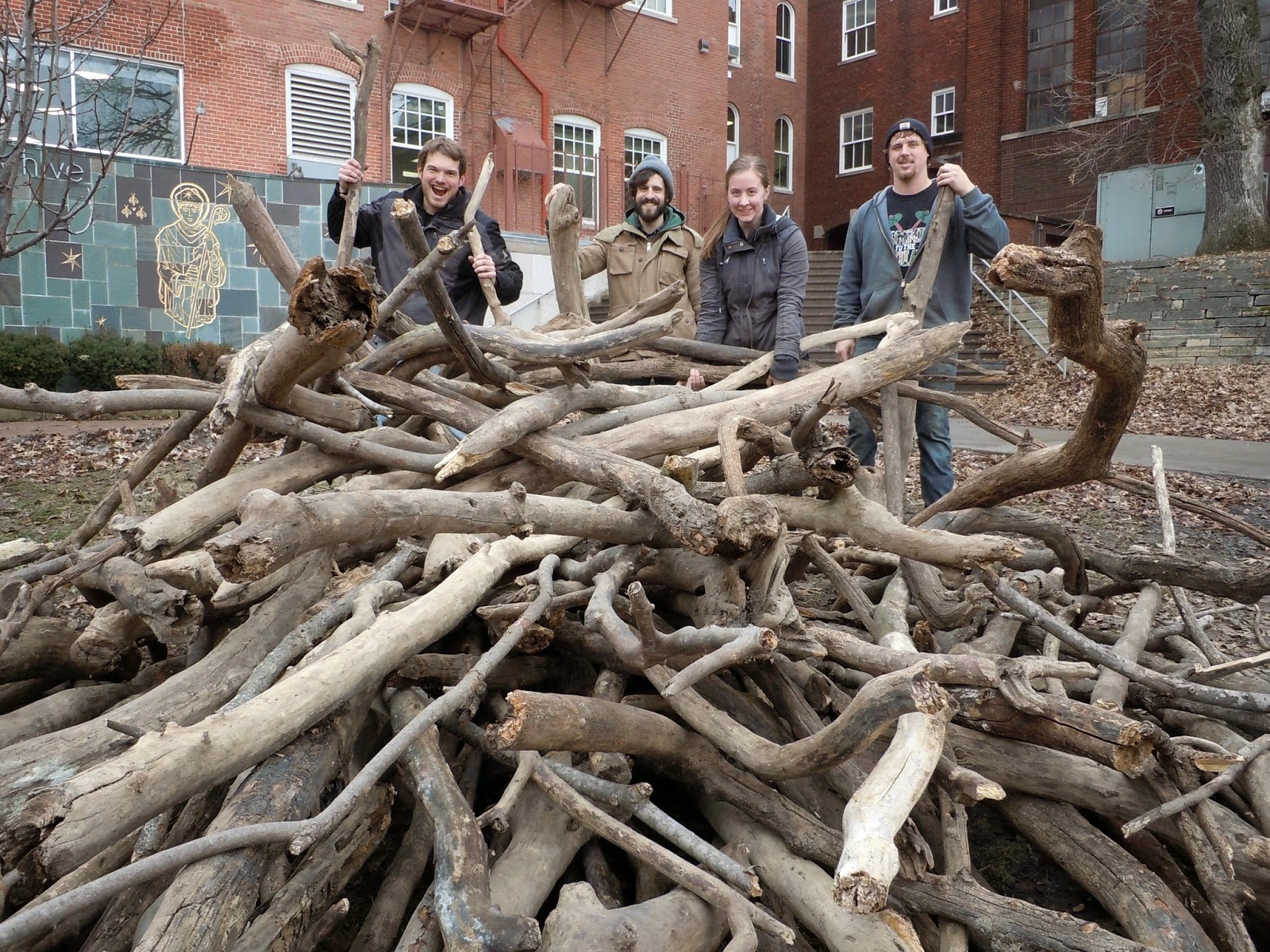 Now the process of assembling a beehive begins. 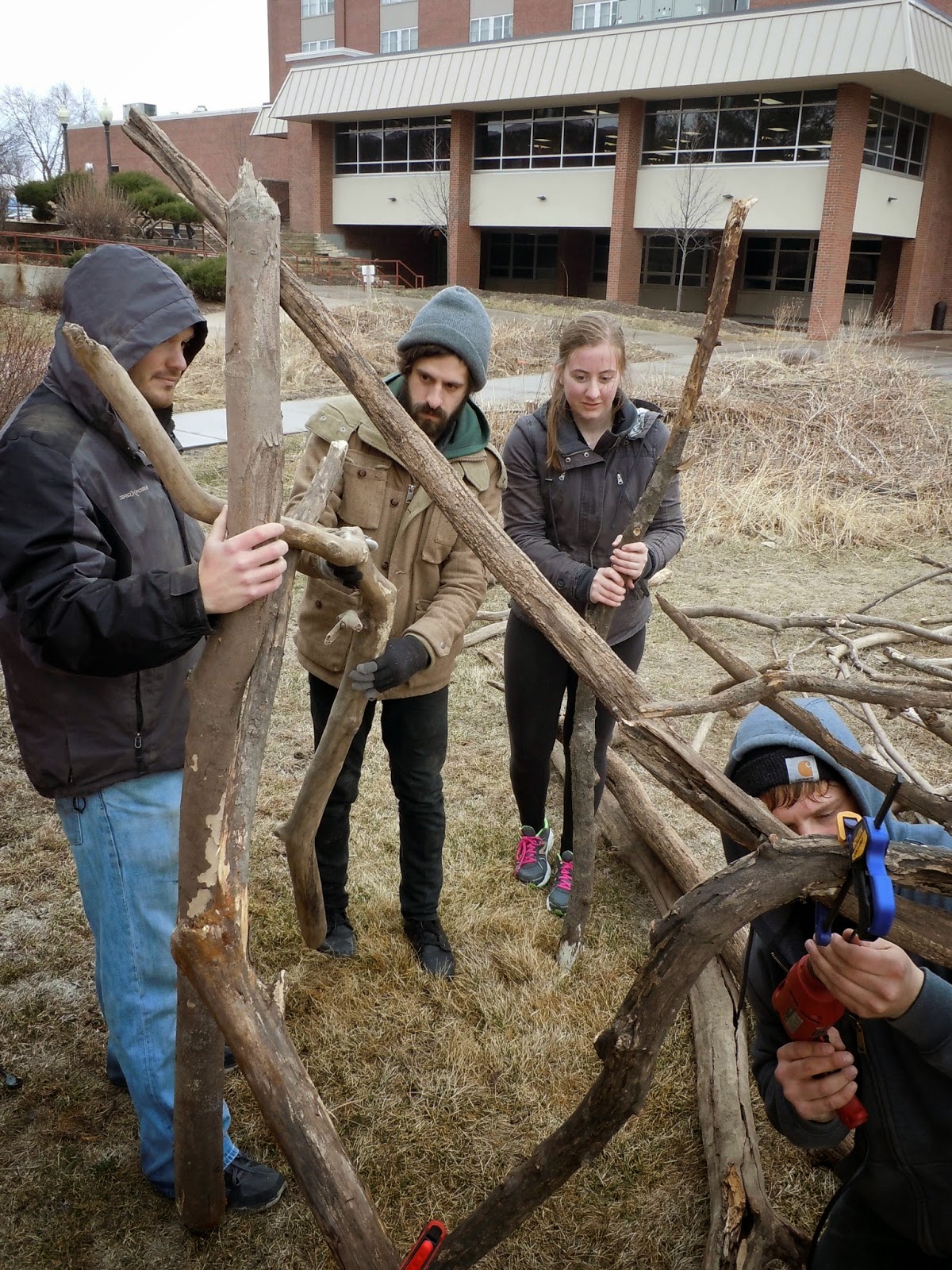 Basically, you place two sticks into an 'acceptable' configuration, drill a pilot hole, and then drive in a screw to hold them together.  Repeat the process until you get a beehive. 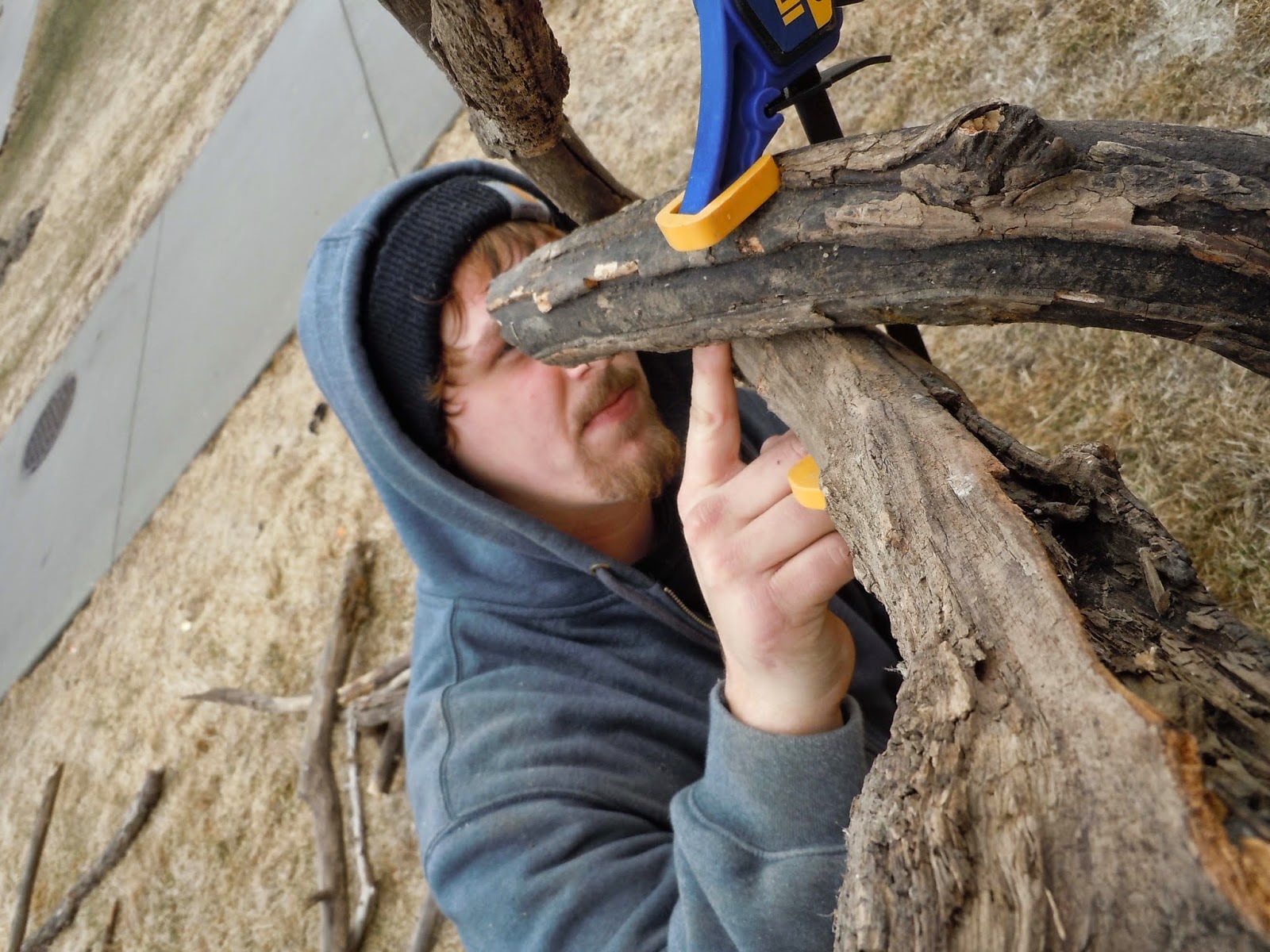 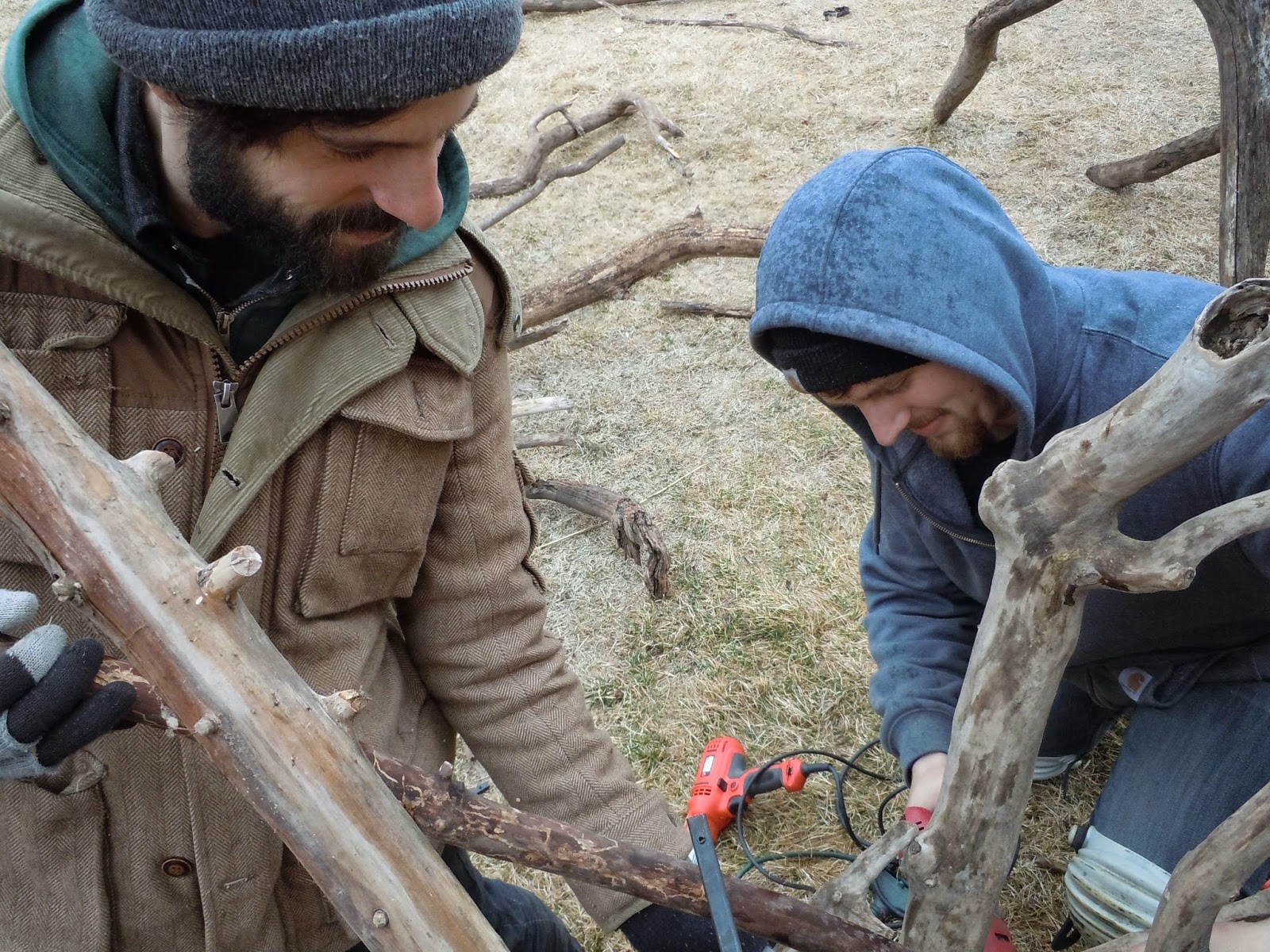 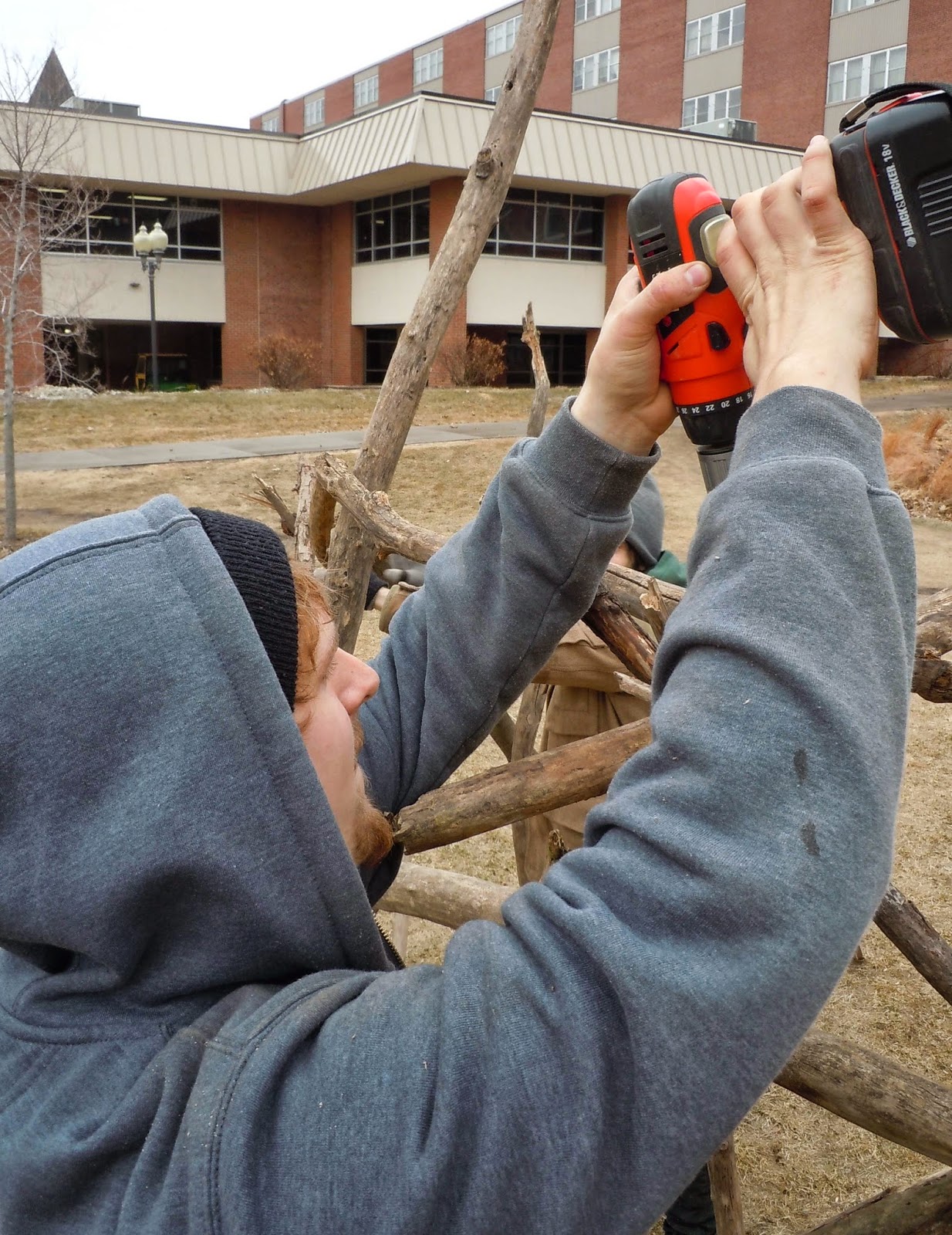 After several hours of work, it starts to take shape. 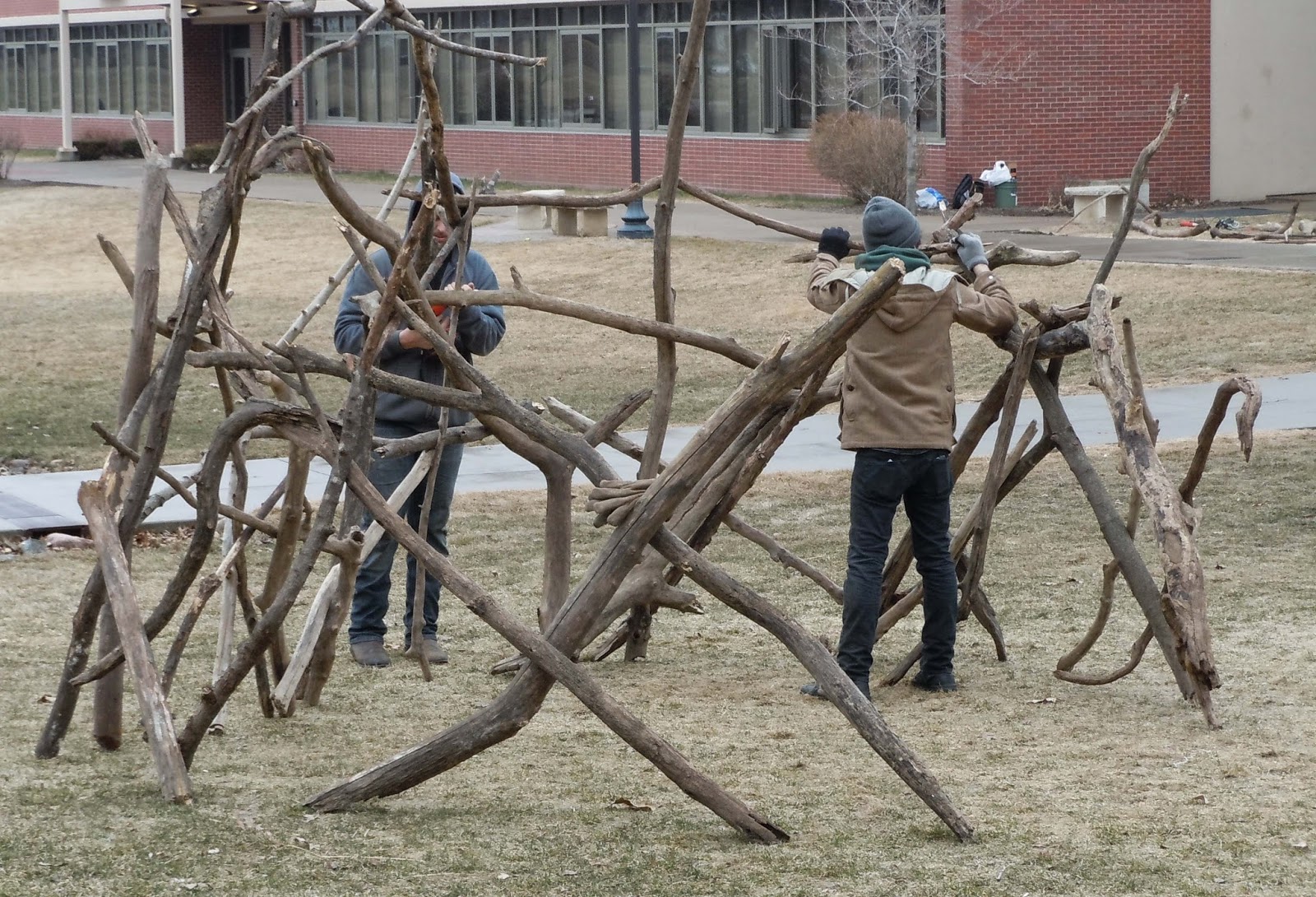 Some onlookers inspecting our progress. 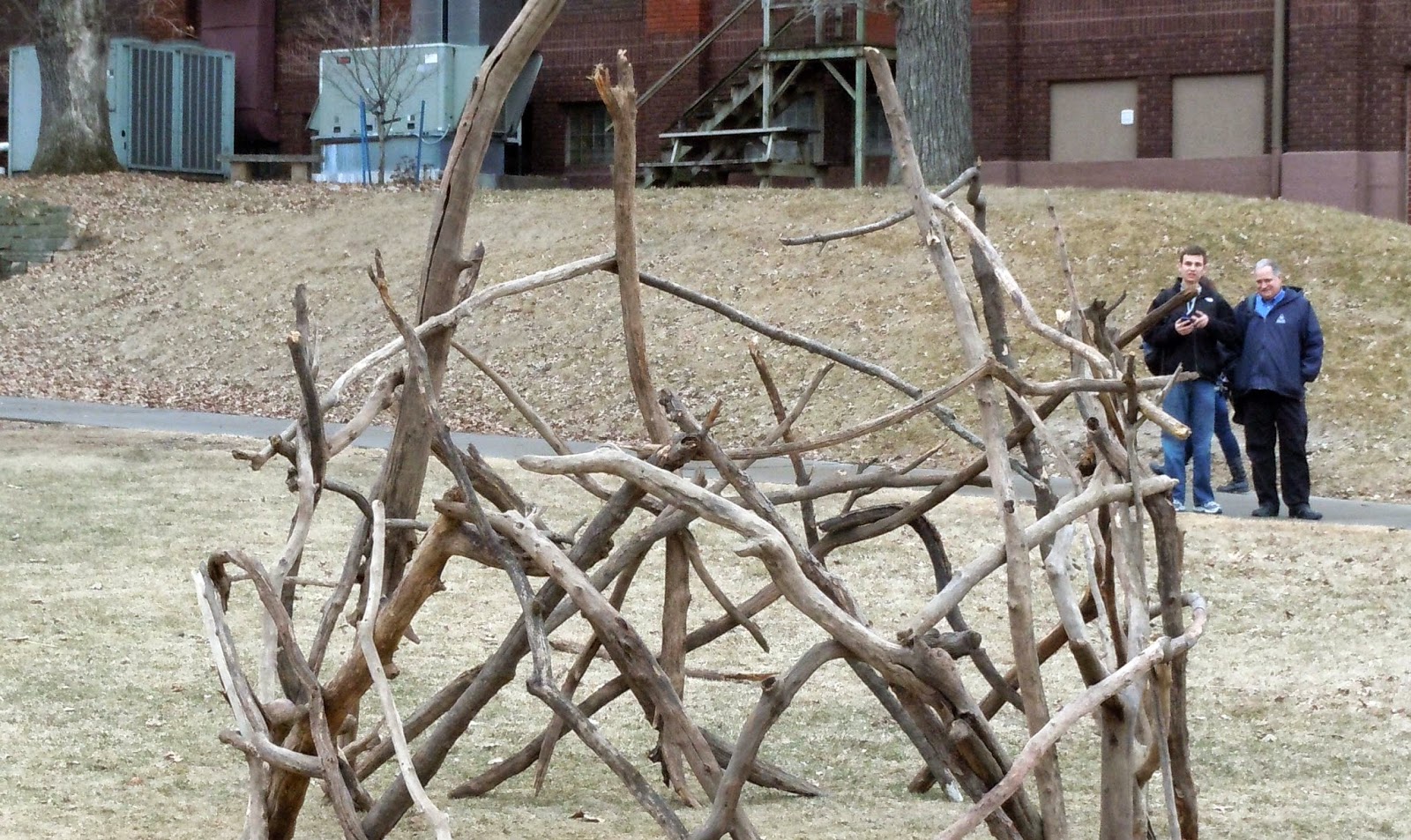 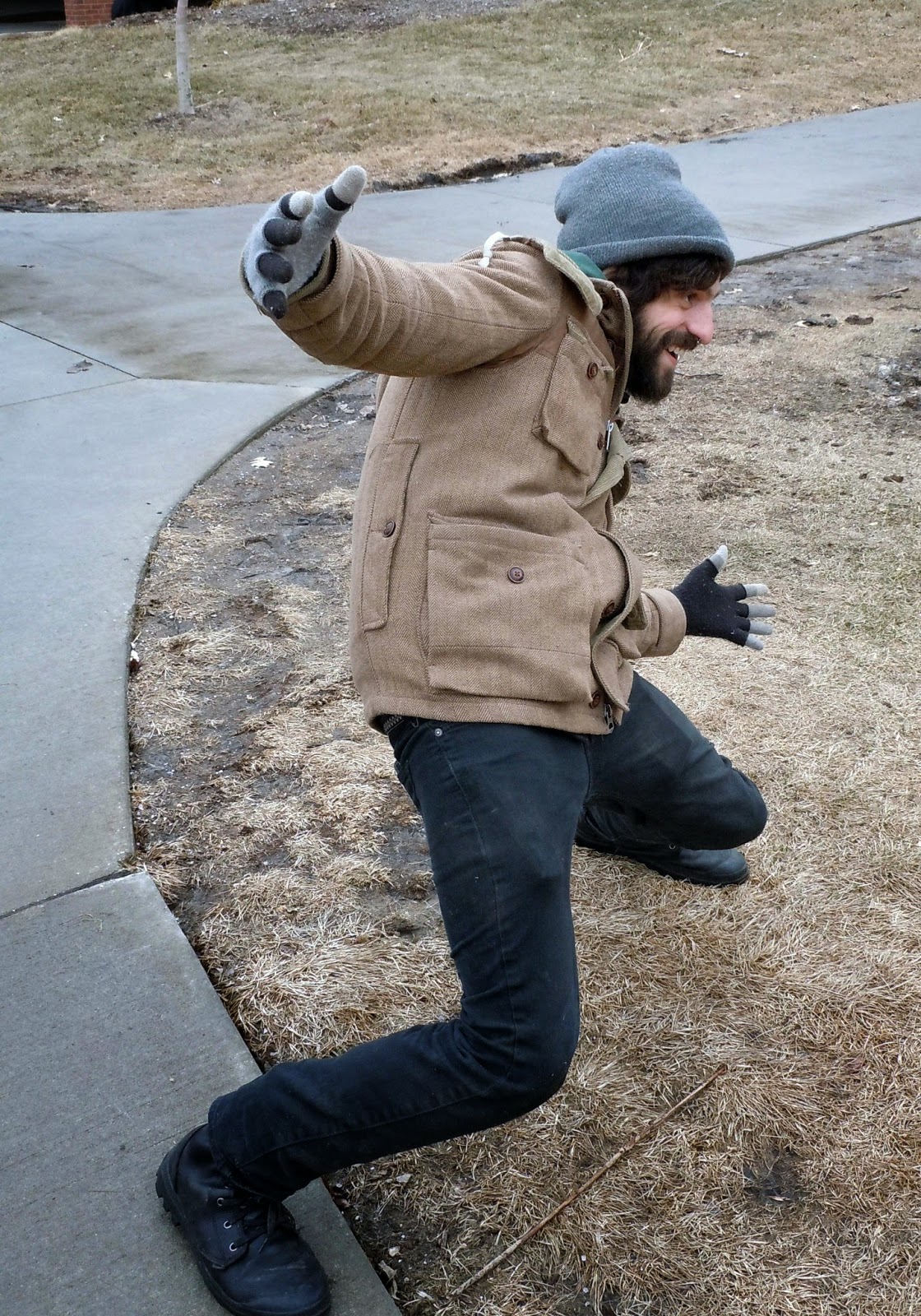 Terry Rathje doesn't teach on Fridays, so he was able to help with the whole process the next day.  Note the weather hadn't gotten any warmer, just drier. 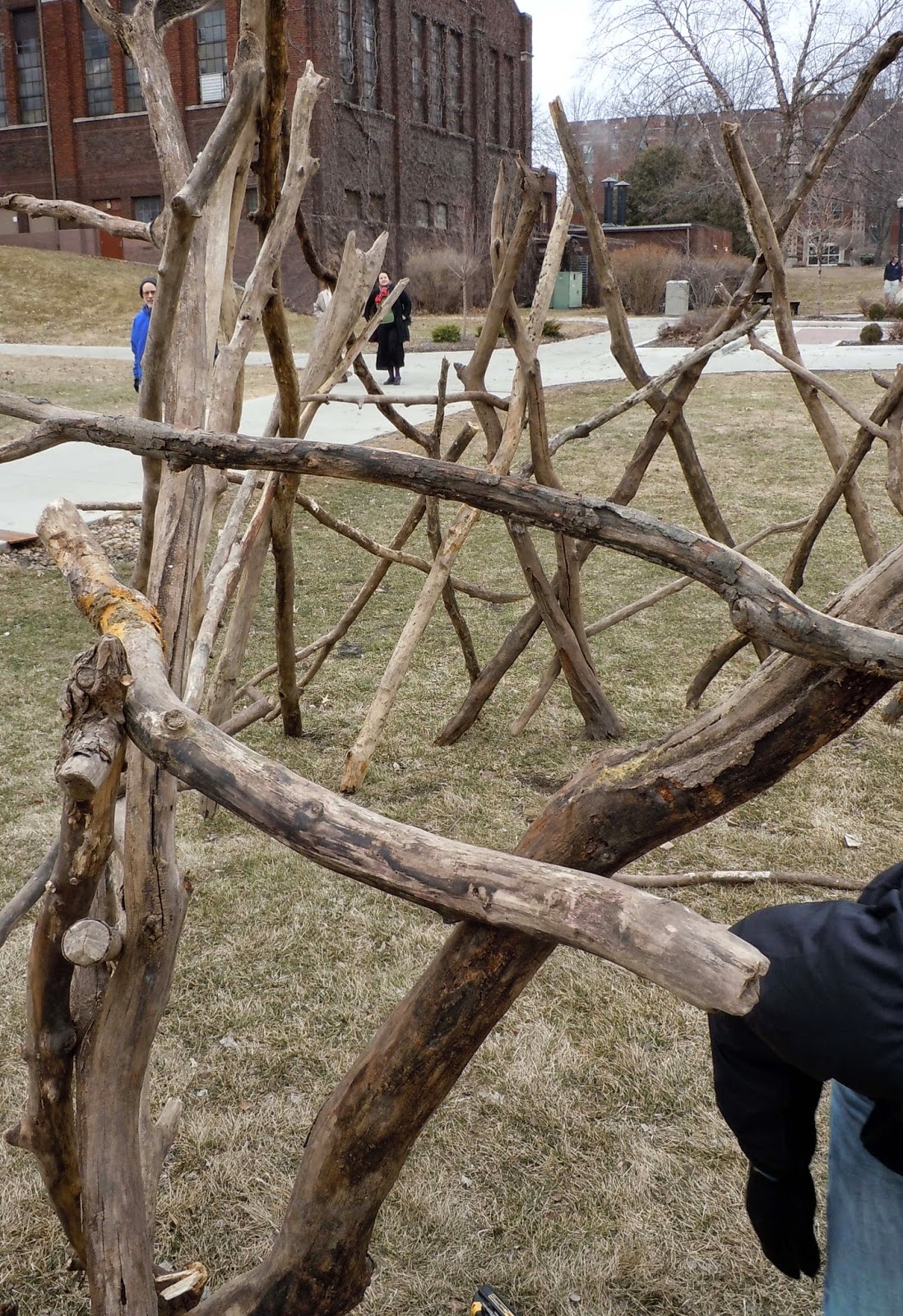 Joseph Lappe brought out his Introduction To Printmaking students on Friday morning to help.  Unfortunately, I am an unrepentant schmuck who forgot to take a picture of those intrepid souls braving the cold to make some beehives.  However, thanks can still be given to: Talor Ahmann; Morgan Allen; Michael Byrne; Cara Fonteyne; Larry Foss; Kristen Fritz; Frankie Hernandez; Andie Munson; Sam Rochkus; Katelyn Shovlain; and Shay Taylor. 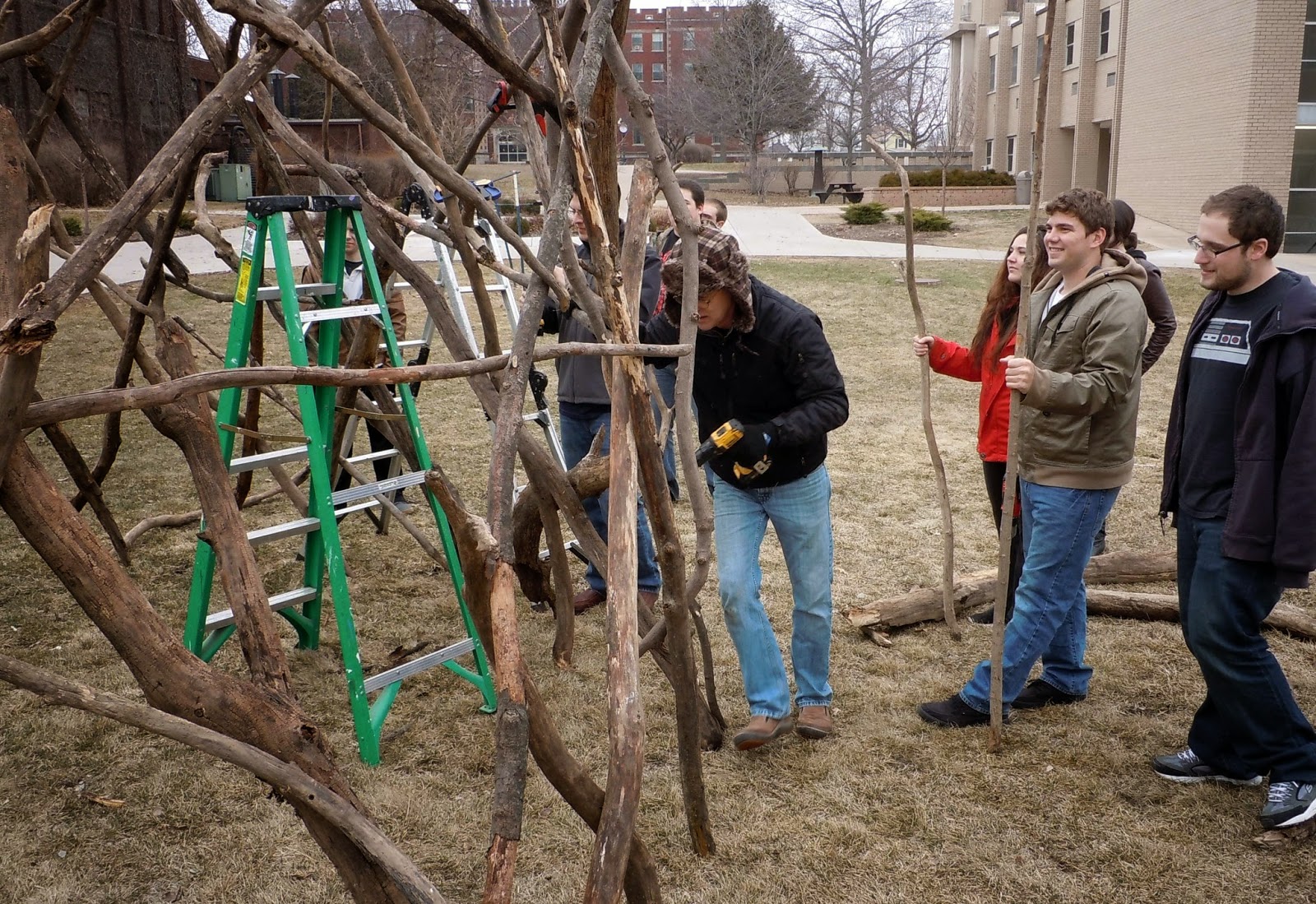 I was so cold, wet, and spent on Friday that I just went home and went to bed (which meant I missed an amazing concert from Shemekia Copeland at The Galvin Fine Arts Center that night).  I came back on Sunday to document how much progress we made in two days. 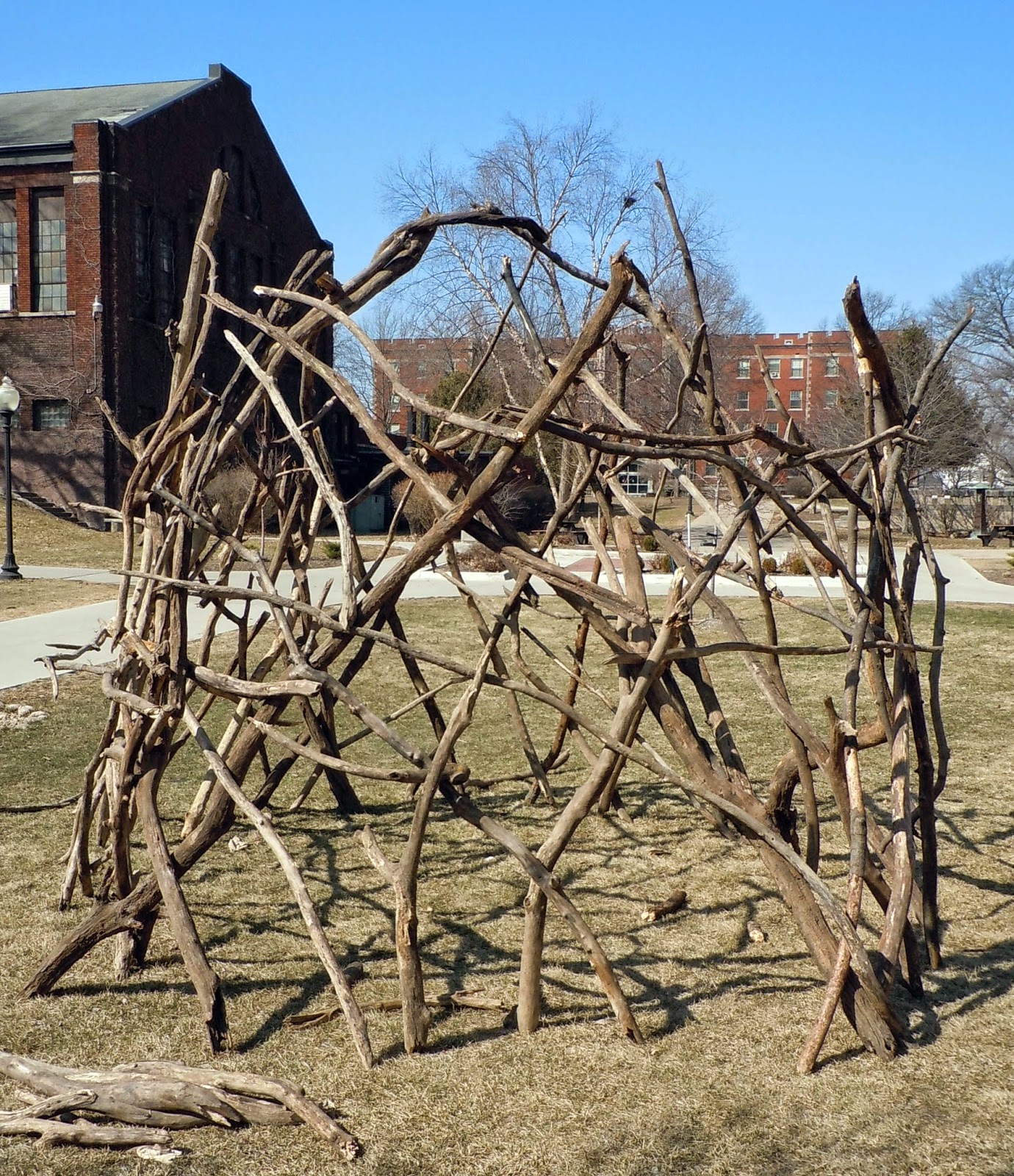 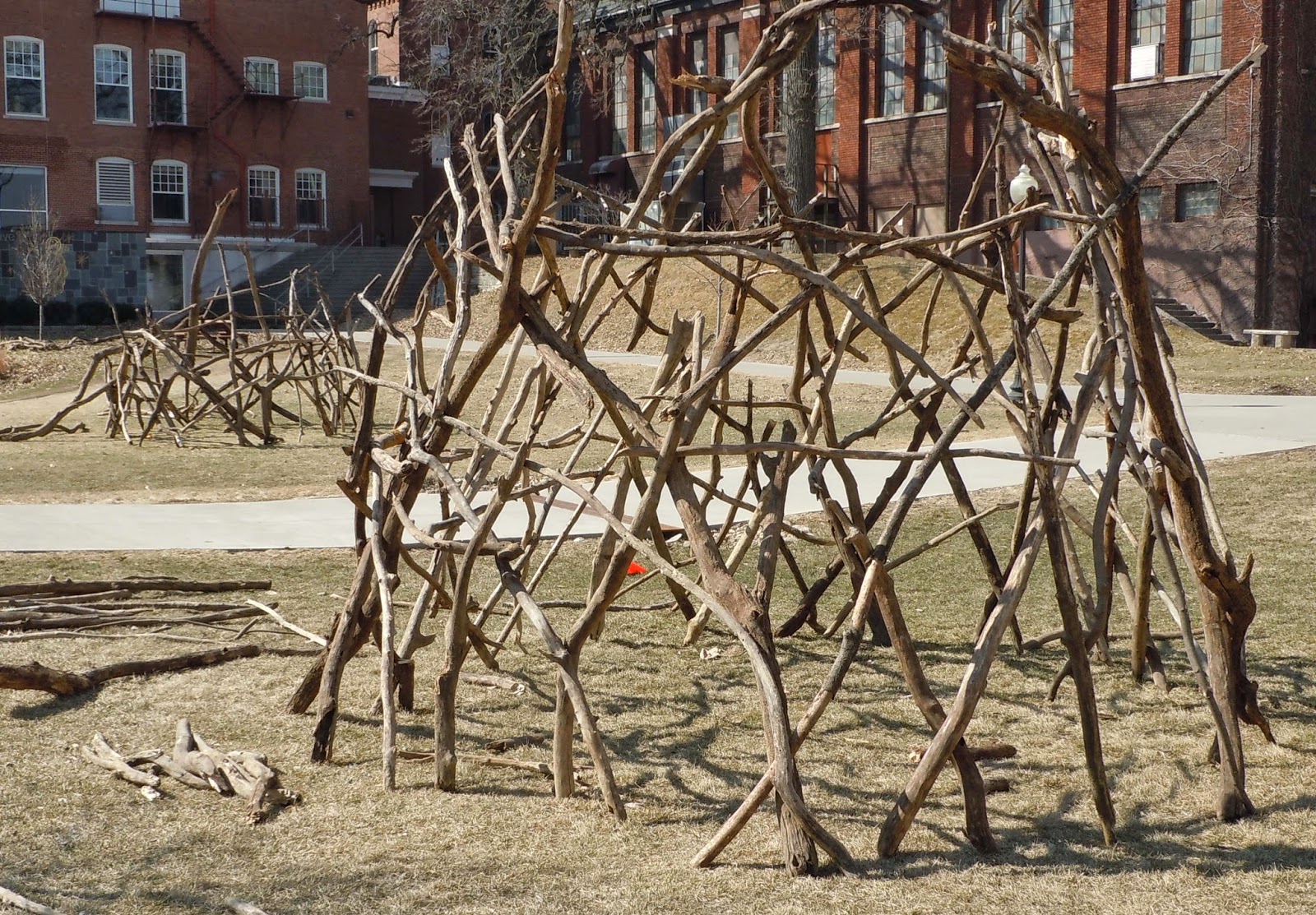 Finally, a big thanks to Renee Ernst, Kat Anderson, Joseph Lappe, Kristin Quinn, and everyone else at Saint Ambrose University who made this conference possible.
Posted by Steve Banks at 11:56 AM