The Spark Of An Idea: Vol. II

Sometimes unexpected ideas pop up from within well-trodden ground that I thought was nearly barren.  In this case, it was a sketch/idea that I had thumbed past dozens of times before.  However, even though the sketch has not changed over the years, I have changed (perhaps just slightly, but changed none the less).  My recent explorations on incorporating abandoned roadside signs/billboard shapes caused me to see a new possibility for an old sketch riffing off of some of the work of the artists Robert Motherwell.

Here is the sketch as it was first put into my sketchbook (I used a receipt to cover up the new addition I hurriedly drew). 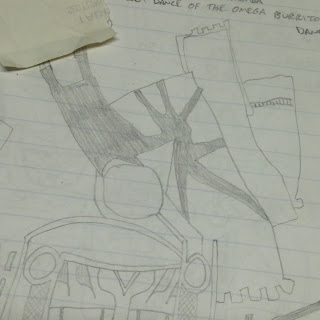 Now with the addition.  I'm not saying this has Earth-shattering profundity for most people, but for me, it was a full night in the studio cutting out cardboard. 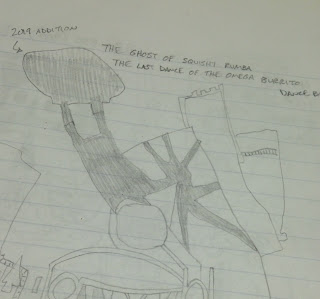 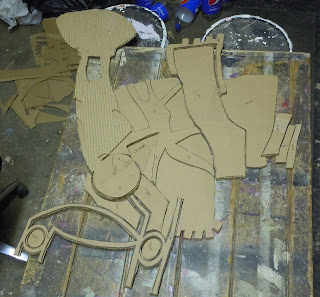 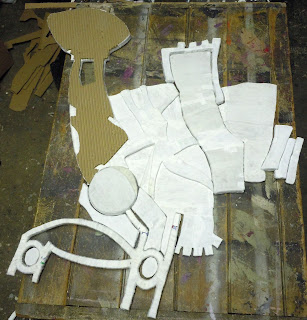 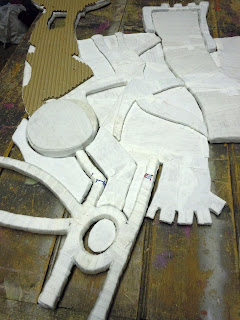 I suspect a few more things need to happen to all of this before I adhere it to a canvas, but the main part is ready to go.