#12 The Outskirts of Sumatra is one of three ceramic stack/constructions that has another carving fragment as part of its display box.  In fact, the fragment is the other half of an old carving of mine called: Conquistador Nuevo.  Although I like the idea of a carving being used to create the back panel of a box, the carving as it is right now, is too dominant, and needs to be subdued with paint (fill in the dark lines). 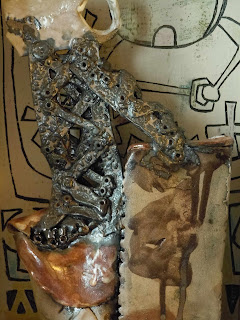 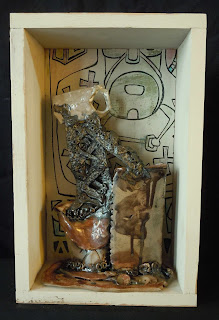 #218 Beacon of The Plain has some of my favorite crawl glaze results of all of the Roadside Attraction series. 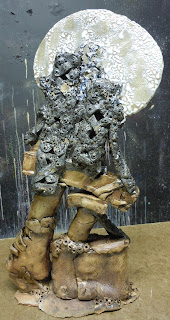 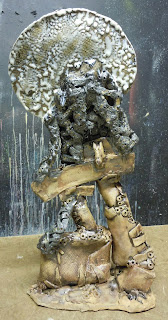 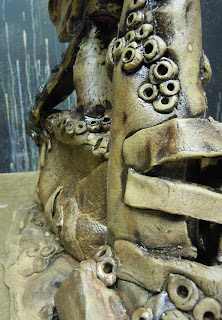 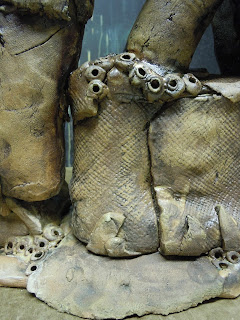 This next image is a really good example of how the St. John's Black crawls (smaller 'beads') than in the image after that where you can see how the Frosty Crystal crawls (larger 'beads'). 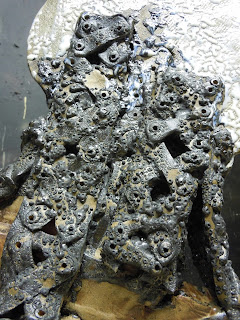 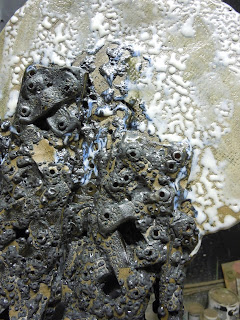 You can see in the next image where the Frosty Crystal glaze and the St. John's Black have merged together and started to for a wonderful stalactite of glaze.  Where there is no/minimal glaze are places where I raked my fingers across to remove the glaze -which allows the burlap texture imprinted on the clay to show through. 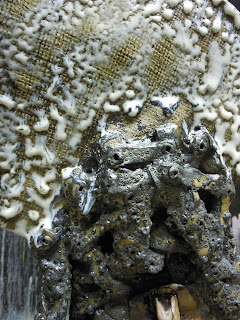 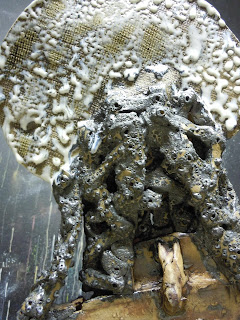 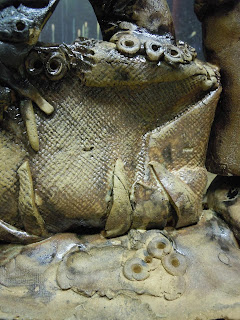 That previous image is good example of how the clay captures the texture of burlap.

#218 Beacon of The Plain in its display box. 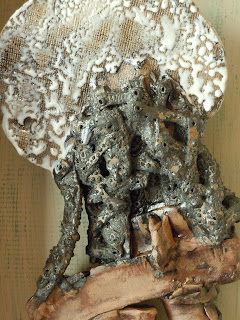 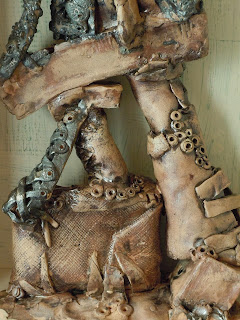 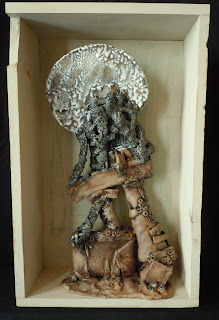