A Week Late To White Sulfur Springs is one of the few pieces I made in which I didn't use any crawl glazes. The Nutmeg and the Licorice Black that I frequently use have been almost completely wiped off -with just a bit in/around the cracks/crevices. By comparison, I didn't wipe away the Brick Red nearly as much, so it is more prominent. 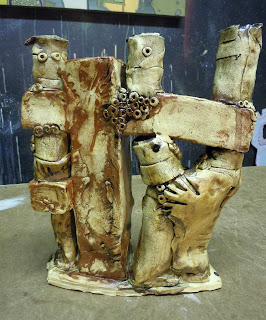 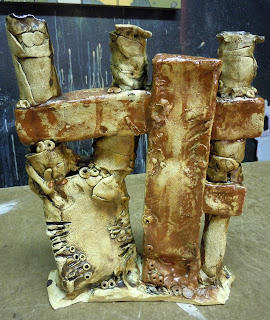 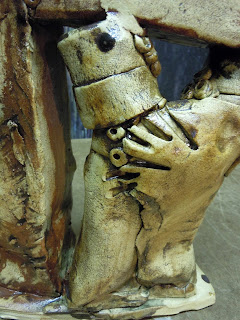 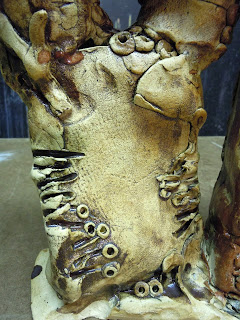 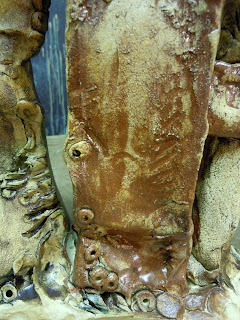 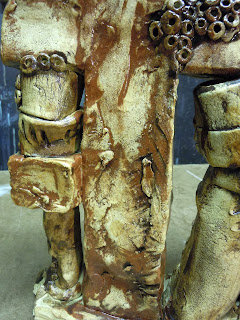 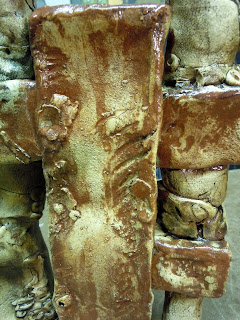 The title of this piece comes from back in 2016 when I was taking a road trip across several western states, and was hoping to be in Montana at the right time to see my friend's daughter and her band Laney Lou and The Bird Dogs (http://www.thebird-dogs.com/) perform at the Red Ants Pants Music Festival (https://www.redantspantsmusicfestival.com/).  There was just one problem, due to my untimely departure for the trip, I was a week late to White Sulfur Springs, so there was no festival going on -just me on the edge of town of 939 people by the sign.  No festival -just a selfie. 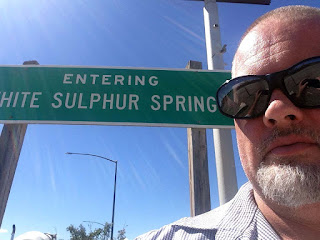 So here is #89 A Week Late To White Sulfur Springs ready to be displayed. 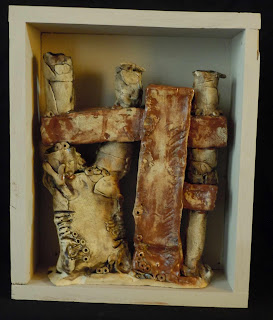 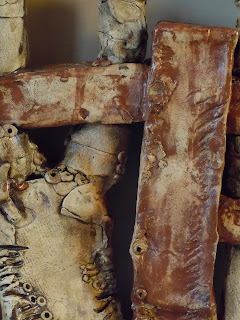 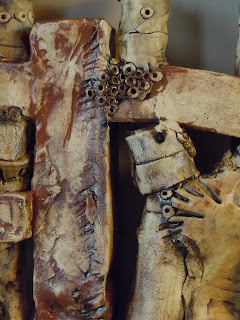 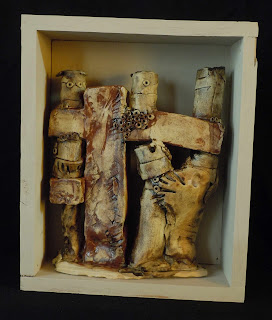 Next time we'll take a look at #42 After Orion's Belt.