Vaughn Crossroads was another initial test/exploration.  Most, if not all, of these pieces are rooted in a blend of old abandoned roadside billboards and also Classic ruins I saw in Italy, Sicily, and Greece.  Kind of that 'culture in decline' vibe.

The glazes are cone 6 and fired in an electric kiln to 2232 degrees Fahrenheit.  Brick Red, Licorice Black, Nutmeg, and both a white crawl glaze (Frosty Crystal) and black crawl glaze (St. John's Black). For the most part, I use the glaze to kind of 'stain' the ceramics.  I apply it with a brush, and then wipe the majority off with a sponge.  Most of what remains of the glaze, is what stayed in the cracks.

For Vaughn Crossroads, I only used St. John's Black for my crawl glaze.  Instead of making a smooth surface, the glaze kind of bunches up into globs, and makes a wonderful texture. 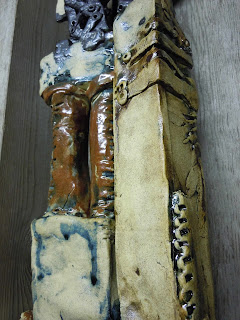 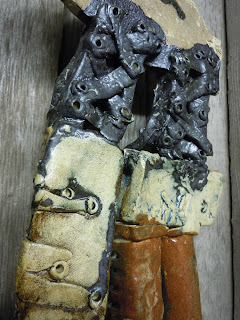 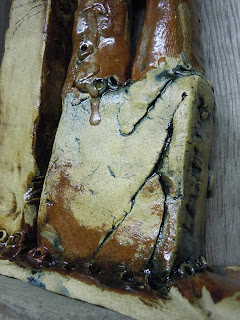 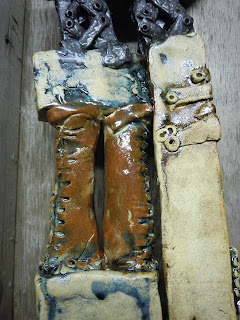 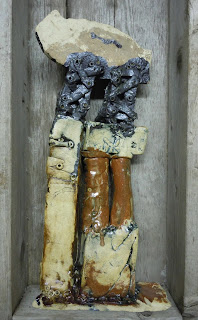 Here are a couple of shots of #285 Vaughn Crossroads in its official/designated box. 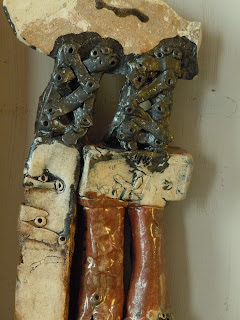 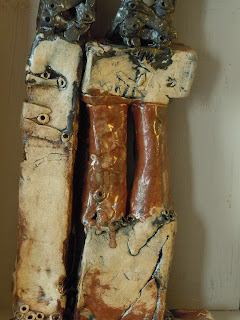 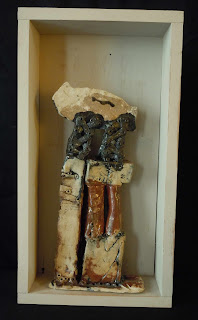 Next time we'll take a look at #14 Alternate Route Accommodations and #180 Through Holbrook.